Bail bonds for breaking and entering, arson, vandalism, and other property crimes in Columbus, Ohio

Charges involving property crime include vandalism, criminal trespass, criminal mischief, breaking and entering, and arson, to name a handful. Some of these are minor misdemeanor charges but others are felony charges and can result in higher bonds amounts. If convicted, serious punishments usually follow.

What are the different kinds of property crimes?

Property crimes consist of more than just spray paint on a wall. Here are some examples.

Usually seen on vacant buildings or homes within an Ohio city like Columbus, Cincinnati or Dayton, vandalism is generally accepted as a harmless prank with no ill intent. This crime becomes more serious, however, if there is property damage to the buildings or other structures. Depending on the severity, this can result in either a misdemeanor or felony charge. A few examples are graffiti, breaking windows, throwing eggs, damaging public or private buildings, or slashing tires.

This occurs when someone is not permitted to enter or remain on another person’s property. This also extends to restricted areas as well as not leaving after given verbal notification to do so. Criminal trespass is usually a minor issue at a misdemeanor level.

Broadly defined as intentionally causing damage without permission of the property owner. Depending on the severity this could be charged as a misdemeanor or a felony.

Likely to accompany a burglary charge, a B&E is generally defined as entering an unoccupied structure or building without explicit permission to do so, usually with the intention of committing a felony crime. This offense is taken very seriously and usually accompanied with a high bond amount.

Defined as causing property damage or destruction using fire, any kind of explosive device, or ordnance. Arson follows the rules of vandalism or criminal mischief when causing intentional damage without the consent of the property owner. This crime is not limited to someone’s home or property, but extends to a school, public government building, a park or forest.

Like arson, but the building or structure is set on fire while occupied by people. Upgraded to aggravated since it’s usually done with the intent of causing severe physical harm or knowingly cause severe physical harm. There are serious penalties for this crime which can result in an extremely high bond.

What is the bail amount for breaking and entering?

It depends. First offenders will have a much smaller bail amount, if any, than if you have a criminal record. Also, did you steal or attempt to steal property? Did you damage anything? The circumstances of the accused crime make all the difference.

Will I get jail time for a home invasion?

If you entered someone’s home illegally with the intent to commit a crime, this is a criminal charge that carries severe penalties, including jail time. If you or someone you know is in jail because they can’t afford to pay bail, call a bail bonds company for help.

Castle Bail Bonds has been helping people get out of jail for years and we want to help you too. Call us today to speak with a bond agent and find out your options. 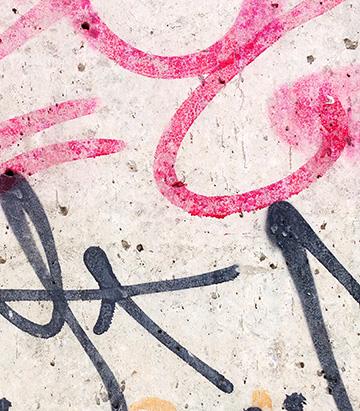