There are several variations of drug crimes that extend from misdemeanor to felony charges. State and federal laws prohibit possession, manufacture and sale of controlled substances. These drugs are classified at different levels, or “schedules,” which means a drug possession may result in an automatic felony charge.

Examples of illegal possession of drugs and controlled substances:

What happens if I get arrested for having drugs?

You will be taken to the police station where you will be interviewed, fingerprinted, photographed, booked, and processed. Once you are in the system, you may be able to pay your bail and go home. If your charge is more severe, you may have to remain in jail until your arraignment (up to two business days). If needed, you may be moved to a larger facility.

What is a felony drug possession?

If you are arrested for a felony drug charge the seriousness, or the degree, depends on the amount of drugs and which schedule. In Ohio, schedule I drugs are the most dangerous because of the high probability of addiction. As the number increases, the danger reduces. For example, schedule V drugs are common in medical use (like codeine cough syrups).

Examples of schedule I and schedule II drugs include:

What is possession with intent to sell or distribute drugs?

If you get caught with a large amount of an illegal drug, law enforcement is likely to suspect that you have the intent to sell it. For example, if you get pulled over and the police find a bag of marijuana in your car, and it looks like more that you would use for personal use, you may be charged with possession and the intent to sell.

Can I get arrested for having marijuana in Ohio?

In the modern day of pot legalization across the U.S., many people don’t consider possession of marijuana as a serious charge, but in Ohio it may result in a misdemeanor or a felony. The degree of the charge depends on how much marijuana is you have when caught.

Can I get arrested for drug paraphernalia?

Usually these charges are in conjunction with possession of drugs. Paraphernalia includes items such as bongs, scales, any measuring instrument, bongs or smoking devices.

How much is bail for a drug possession charge?

The amount of bail is determined by a judge and depends on several factors, including whether it’s a misdemeanor or felony possession, how much of the drug you had, and if you were going to sell it. Misdemeanor charges are more likely to have a small bail amount. Felony drug charges, however, will have a much higher bail set and may also require a mandatory jail stay before the judge sets bail.

What can I do if I can’t afford my bail?

If you cannot afford to pay your full bail amount, you or someone you know can post a bond. A bond is a percentage of the bail (usually 10%) and it acts as a guarantee that the entire bail will be paid if you fail to appear to your scheduled court dates.

What if I don’t have money to post bond?

If you don’t have enough money to post bond, and you can’t get money from friends or family, contact a bail bond company. Castle Bail Bonds can pay your drug possession bail bond so you can get out of jail and return home. 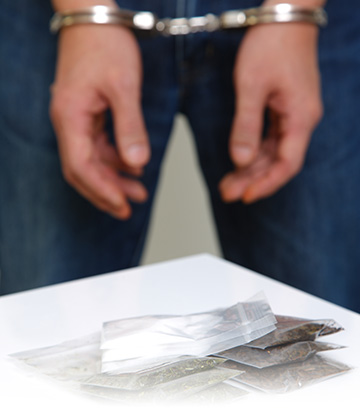