Manufacturing drugs means growing or creating illegal drugs with the intent to distribute. In most cases, prosecutors must prove intent to manufacture to convict a person. If you’ve been charged with manufacturing methamphetamine, growing marijuana, or making ecstasy, and you need to be bonded out of jail, call Castle Bail Bonds.

If convicted, a drug manufacturer could face fines and prison time. That’s why it’s important that you get out of jail ASAP so you can hire an attorney and prepare for your court case.

What are schedule I drugs?

Schedule I drugs are dangerous because of the strong potential for abuse and addiction. Unlike schedule III drugs, like Demerol and Oxycodone, these drugs are not used for medical purposes. The more dangerous the drug, the more severe the charge. In Ohio, manufacturing meth is a serious felony crime. It’s considered either a second or first degree offense with a mandatory prison term of at least three years for a first conviction.

Can I be arrested for growing marijuana in my home?

Yes. It is illegal to grow marijuana in Ohio. If caught, you could face a felony charge, fines, and a prison sentence. Even though some states have recognized the medical benefits of pot, Ohio remains very strict with its anti-cannabis laws.

How much is bail for manufacturing drugs?

Bail amounts vary based on the type of drug manufactured, the amount, and the number of previous offenses. For example, if you’re caught with a weed plant totaling less than 100 g, it is considered a misdemeanor and only has a $150 fine and no bond is necessary. If you’re caught with 30 plants, however, you may be faced with felony charges and a high bond may be set.

How do bail bonds work?

If a bondsman signs a bond for you in the amount of $1,000, for example, you or someone you know would typically have to pay the bondsman 10% of the charge, or $100. Once the money exchanges hands, you are free to go home.

Why are bail bonds set?

A bail bond is a monetary guarantee that the person arrested will show up for future court proceedings. After a bail bonds company posts bail for someone in jail, that person is released. If the accused doesn’t show up for his or her court date, the bond company is responsible for paying the entire bail amount.

If you’ve been arrested for drug manufacturing or cultivation, and you need a bail bond, call Castle Bail Bonds now. 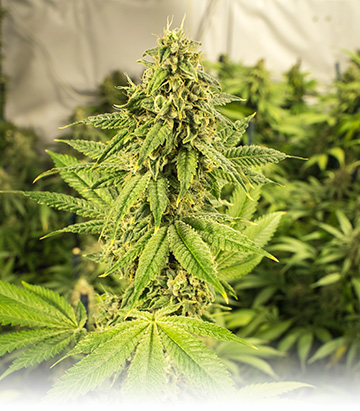