Whether leaving happy hour after a couple of beers, coming home from a friend’s party or returning from a night out at the club, if you’ve been drinking and get pulled over, here are the next steps.

If you are arrested and taken to the local police station, you could be released on your own or required to post a bond.

The amount of your bond will be set based on:

What if I didn’t think I was drunk?

It doesn’t matter if you don’t feel drunk, if you get pulled over by a police officer or stopped at a DUI checkpoint and your blood alcohol level is over the legal limit, you may be arrested.

What is the difference between DUI and OVI?

DUI stands for Driving Under the Influence and OVI stands for Operating a Vehicle Impaired. Both refer to operating a vehicle while under the influence of alcohol or drugs.

Why do some people have to pay bail?

After being released from jail, you must attend scheduled court proceedings. If the court trusts you to appear on your court dates, they may let you go without bail. If they don’t, they will determine an amount you must pay before you can leave jail. After you pay your bail, if you fail to appear to court the bail amount is forfeited and you will be subject to immediate arrest.

How do I get out of jail after being arrested for DUI?

Your bail amount may be pre-determined or set by a judge at a separate hearing. Once the bail amount has been set, you or someone you know can pay it and you will be released from jail.

What can I do if I can’t afford my bail?

If you cannot afford to pay your full bail amount, you or someone you know can post a bond. A bond is a percentage of the bail (usually 10%) and it acts as a guarantee that the entire bail will be paid if you fail to appear to your scheduled court dates.

What if I don’t have money to post bond?

If you don’t have enough money to post bond, and you can’t get money from friends or family, contact a bail bond company. Castle Bail Bonds can pay your DUI or OVI bail bond so you can get out of jail and return home. 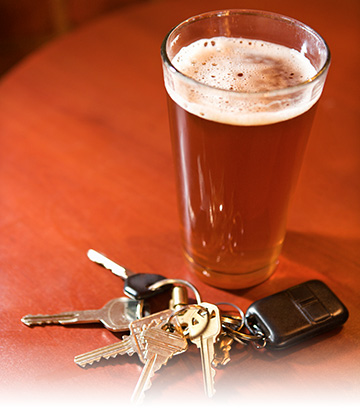