Traffic cases range from small speeding citations and driving under suspension, to serious felony cases like aggravated vehicular assault. If you find yourself in this situation please contact Castle Bail Bonds. We specialize in all traffic case related bail bonds. You can contact us 24/7 for assistance.

What are traffic bail bonds?

Traffic bail bonds are for more serious traffic offenses that require a court appearance, such as:

Believe it or not, driving with a suspended license is a very common offense committed by people every single day in the state of Ohio. If you are caught driving under suspension and you fail to appear in court or do not pay your fines, you most likely will find yourself in need of Castle Bail Bonds.

Can I go to jail for driving with a suspended license?

Whether you knew your license was suspended or not, the officer may decide to take you to jail. If this is your first offense, you may be released on your own recognizance or be required to first post bond. If you have a history of driving under suspension, your bail amount will be set much higher.

What is reckless driving?

Because vehicles are considered dangerous, driving in an unsafe manner is considered a serious crime. Examples of careless driving include going more than 25 mph over the speed limit, racing another driver, and attempting to elude a police officer, among others.

What is a traffic bail bond?

A traffic bail bond allows the defendant to get out of jail for much less money than the total bail amount. In return for paying a small fee (usually 10% of the bond), a bail bond company will agree to pay the full amount of the bond if the defendant fails to appear in court when required.

How much is bail for reckless driving?

Reckless endangerment can be a felony or a misdemeanor depending on a variety of factors. If charged as a felony, bail will be higher than if the charges are misdemeanors.

Can I go to jail for a hit and run?

If you leave the scene of an accident you could receive felony charges. Most states require drivers who have been in an accident to exchange insurance and contact information. If you fail to stop, and you are caught, you could face criminal charges.

Bail is meant to help someone awaiting trial get out of jail now. If you were caught driving while under suspension, driving recklessly, or for another traffic violation, call Castle Bail Bonds when you need to post bail. 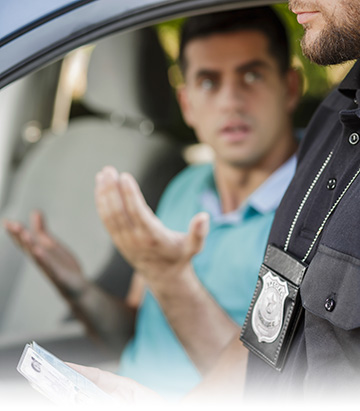