There are different types of theft crimes including petty theft, theft, grand theft, and aggravated theft. In addition, you may get arrested for receiving stolen property, passing bad checks, forgery, the unauthorized use of a vehicle, robbery, or burglary. All these charges involve theft without consent by deception, threat, intimidation or force.

The severity of theft charges range from misdemeanors to felony charges. Some offenses have a pre-determined bond amount, while others require a judge to set bail.

What kinds of theft require bail?

Depending on the severity of the crime, a theft may result in jail time. To be released from jail, you may need to post bail. Here are some examples of theft crimes.

Frequently referred to as shoplifting, this crime occurs when an item valued at less than $500 is obtained by force, deception or intimidation without the owner’s consent. Usually classified as a misdemeanor 1, petty theft will typically have a pre-determined bond amount required and, if paid, you won’t have to spend the night in jail.

This is a more serious classification of theft. It’s a felony of the fourth degree which means the stolen property value ranges from $150,000 to $750,000.

If you receive, retain, or dispose of property of another, knowing or having reasonable cause to believe that the property has been obtained through a theft offense, you will be charged with this offense.

Passing a bad check occurs when a person writes a check even though they know there are not sufficient funds in the referenced account, the check refers to an account that does not exist, the account was opened using false information. Also, if the person was notified that their check bounced and does not subsequently pay the amount owed. Depending on the severity of the crime this could result in a first-degree misdemeanor or a third-degree felony.

Theft through force or violence, or could also be under the threat of force of violence, and if there is a weapon in the possession of the perpetrator.

More serious charge involving the display and use of a deadly weapon, causing severe physical harm during the altercation.

Like robbery, but includes the invasion of a person’s home or residence while using threat or committing violence to carry out a crime.

The use of a deadly weapon to carry out a home invasion crime.

Can I go to jail for writing a bad check?

Yes. You can be arrested for writing a bad check. If you’ve written several in a short period of time it could be considered fraud and which is a felony in many states.

What is the bail amount for grand theft auto?

If you steal a vehicle without consent, and drive away with the intent of keeping it, you could be convicted of grand theft auto. The amount of bail you need to get out of jail depends on many factors like your arrest record, the stolen vehicle’s value, and other circumstances surrounding the crime.

Can I go to jail for shoplifting?

You could, depending on the circumstances. For instance, if this was your first offense you may have the option of community service or counseling. If you have prior convictions, however, you may be charged with a felony and face potential prison time.

Do you need to post bail? If you can’t pay the bail amount on your own, call Castle Bail Bonds to speak with a bonds agent right away. We want to help you get out jail fast so you can return home. 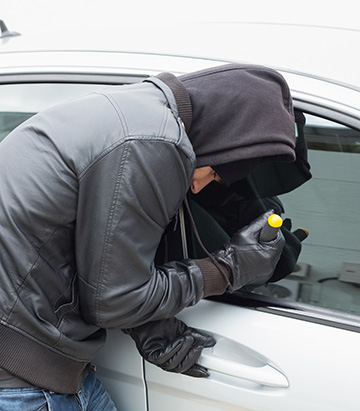